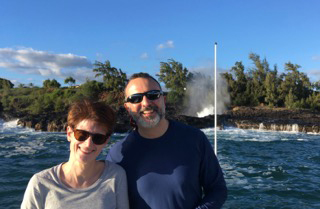 Let’s give a warm welcome to newly appointed Port Captain Thom Serafine for Monroe Harbor - Chicago, Ill. (M-37)! Thom grew up near the shore of Lake Ontario in Webster, N.Y., and later moved to Chicago, Ill., where he learned to sail as an adult. He has been sailing out of Belmont Harbor for over ten years and has done a bare boat charter in the British Virgin Islands with friends. In 2014, he bought SV Inspiration, a 1988 Pearson 31 MK2. After getting her seaworthy, he sailed her to Chicago (M-36) from Sturgeon Bay, Wis. (M-72.5). Since then, he has been building his skill set day sailing and making improvements to his boat. He plans to spend more time cruising, including a cruise in Door County. One of his goals is to sail the Thousand Island region of Lake Ontario. Thom lives in Chicago, where he and his wife Alex are restoring an old house a short walk from Lake Michigan. Please say hello when you’re in the area!