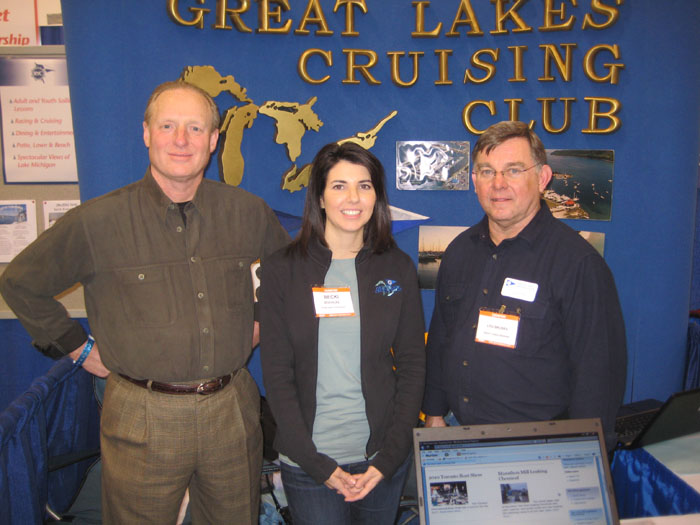 Other members who worked the booth included:

Dozens of GLCC members also stopped by to say hello, and the booth was often crowded with prospective members—we won't be surprised if another dozen people who picked up membership apps send them in, in the next month.

Although the show exhibits were fewer than in the past, the crowds were large, in spite of bitingly cold weather in downtown Chicago. In past years, with the show ending on Super-Bowl day, there were always very few visitors on Sunday, but this year the crowds were substantial. GLCC members Niels Jensen and Ron Dwelle also drew SRO crowds for their seminars on cruising Isle Royale and the North Channel.

Especially to be thanked are Tim Boehlke, Len Nowak, Gary Wilson, and Lou Bruska who did the set-up and take-down of the booth, and Jim Haring who contributed his Verizon internet connection so that the GLCC web site could be demonstrated live (the Navy Pier people wanted $600 for a 4-day internet connection!).

Next year's show is scheduled again for the last weekend in January.